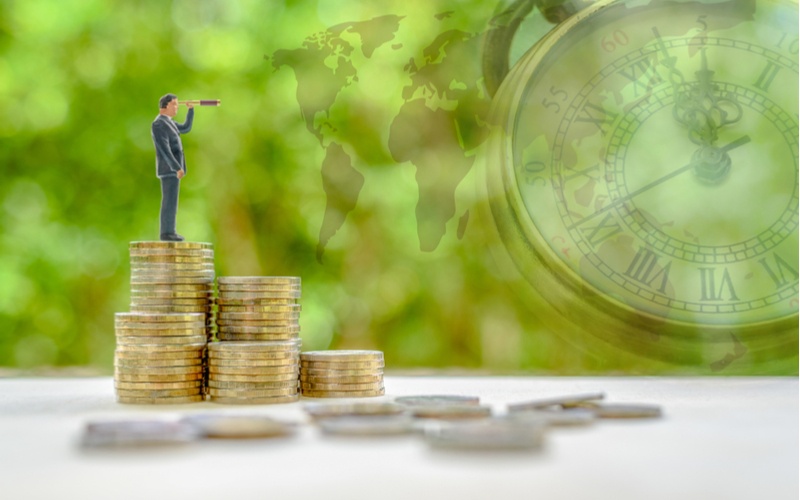 The important point is that these lessons are simple and can be systematized so that in real-time you can simply follow your well-designed plan without having to interject human judgement which is often heavily influenced by emotion and short-term performance.


For example, below are the net returns of four funds representing four distinct equity asset classes from 1995-1999. This example is meant for illustrative purposes only, and past performance doesn’t guarantee future results.

Notice the stark differences in performance during this time period. US equities dominated both International and Emerging Markets, especially US Large Cap compared to International Small Cap Value. Considering that the average investor instinctively thinks five years is a long enough period of time to evaluate performance, what do you think he or she might feel like doing at this point? Certainly not rebalance the portfolio back to its original weighting by selling a material amount of SPY to buy DISVX. That would feelbackwards, but it’s an important part of successful long-term investing. Let’s now look at the next decade, from 2000-2009, to see why.

What a contrast. From 2000-2009, US Large Cap actually produced a loss and International Small Cap Value produced the largest gain. Since most investors are far too concentrated in US Large Caps, it explains why this decade is referred to as “The Lost Decade.” This clearly wasn’t true of all stocks in the US or the rest of the world as we can see. Investors who abandoned diversification in 1999 would have experienced a lot of pain in the 2000’s, while the average of the four asset classes was more than double the starting value.Let’s now put the entire 1995-2009 period in context and also highlight the power of rebalancing.

During this entire period, we see all four asset classes produced strong results with the average growth of $100,000 being $369,560. In other words, if an investorput $25,000 into each fund in 1995 and did absolutely nothing, the investment would have been worth $369,560 at the end of 2009. This is a compounded annual return of 9.11%, which highlights the power of equity investing. Yet you’ve probably noticed I’ve added one additional line item to highlight the benefits of rebalancing a portfolio.

The rebalancing rule is as follows: Each month, review if any of the funds have drifted by a relative >25% from their target weightings. Since we are targeting 25% in each fund in this simple illustrative example, that means you would rebalance anytime a fund has drifted by more than 6.25% from the target 25% allocation. In other words, as long as each fund’s current weight is between 18.75% and 31.25%, you do nothing. During this period of 1995-2009, you would have rebalanced only eight times.

But as we can see, rebalancing would have added more than $45,000 to the portfolio, increasing the compounded annual return to 9.95%. This is more of a “rebalancing premium” than we should expect over the long term, which is no surprise since I intentionally picked funds and a time period for this article to emphasize a point. Vanguard has expressed in its “advisor’s alpha” concept that a good advisor can add “about 3% per year” of value to a client’s situation of which 0.35% per year is estimated to come from disciplined rebalancing. This rebalancing premium is intuitive when we stop and think about it, as it forces us to “buy low/sell high.”

Human nature is a failed investor, and the best way to overcome the most common investor mistakes is with a well thought out evidence-based plan that incorporates the important concepts of equity asset class diversification and disciplined rebalancing. Working with a financial advisor who intimately understands these concepts can help improve the odds of a successful long-term investment experience.

Jesse Blom is a licensed investment advisor and Vice President of Lorintine Capital, LP. He provides investment advice to clients all over the United States and around the world. Jesse has been in financial services since 2008 and is a CERTIFIED FINANCIAL PLANNER™ professional. Working with a CFP® professional represents the highest standard of financial planning advice. Jesse has a Bachelor of Science in Finance from Oral Roberts University. Jesse manages the Steady Momentum service, and regularly incorporates options into client portfolios.