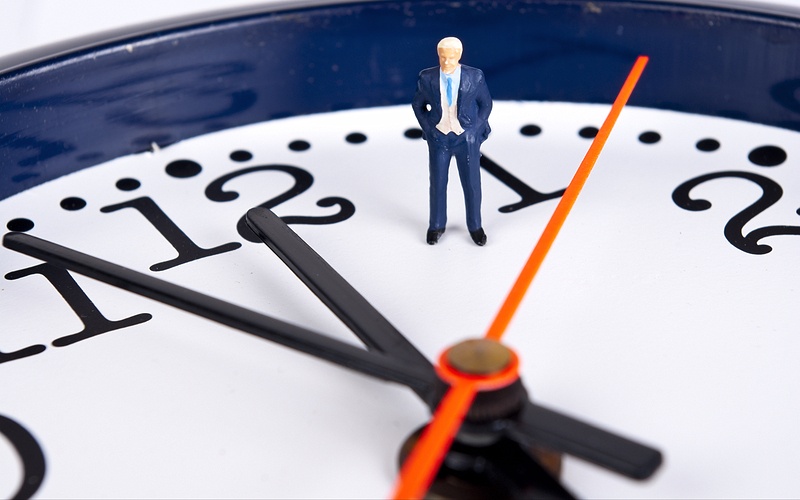 Unfortunately, most people are being misled when it comes to Iron Condors. The potential gains are certainly amazing, but the risks are high as well.

Anyone trying to achieve a 5% per month return is likely taking on a lot more risk than they realize.

I’ve heard this story from beginner traders too many times to remember – “everything was going great, I was making loads of money with my weekly condors, and then WHAM, I lost 6 months’ worth of gains in 1 week”.

Those are the risks when it comes to Iron Condors, and the shorter the timeframe you are trading, the more likely you are to suffer a catastrophic loss at some point.

Early February was a prime example. Anyone trading weekly Iron Condor would have been killed.

Trades with negative gamma will suffer from a big move in the underlying stock. Iron Condors as you might have guessed, are short gamma.

This short term Condor could have been set up towards the close on Thursday February 1st when RUT was trading at 1575.

This longer-term Condor could have also been set up late on Thursday the 1st of February. Notice that between the two examples, Delta and Vega and almost the same, but the longer-term trade has almost no Gamma.

The trade off is lower Theta as Gamma and Theta go hand in hand.

Let’s fast forward to the close of trading on Monday February 12th and RUT has dropped nearly 100 points to 1496.

The short-term Condor has been well and truly crushed and is down over $10,0000.

In comparison, the long-term Iron Condor is actually in profit to the tune of $100!

I hope you enjoyed this case study, if you want to learn more about how to manage Iron Condors, join me for a live training session coming up soon.

Gavin McMaster has a Masters in Applied Finance and Investment. He specializes in income trading using options, is very conservative in his style and believes patience in waiting for the best setups is the key to successful trading. He likes to focus on short volatility strategies. Gavin has written 5 books on options trading, 3 of which were bestsellers. He launched Options Trading IQ in 2010 to teach people how to trade options and eliminate all the Bullsh*t that’s out there. You can follow Gavin on Twitter.