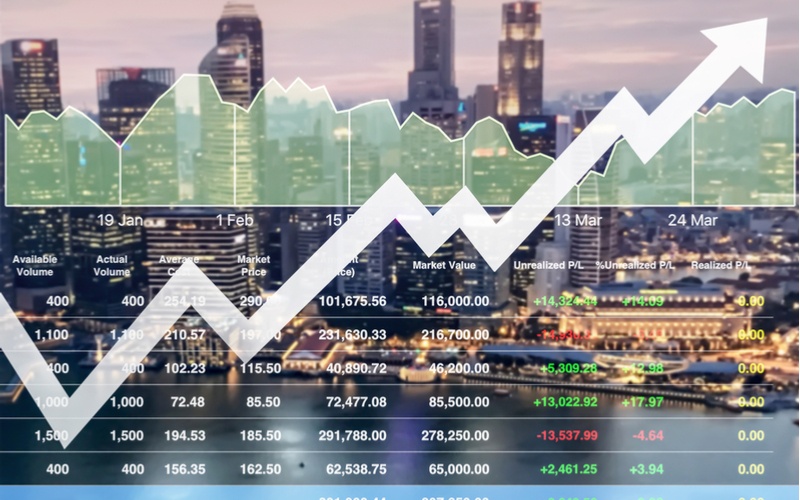 For instance, if there were five long straddles on, it is fairly likely that there might also be a short volatility trade on as well.  This would act as a hedge in the event that volatility dropped significantly, ameliorating some of the losses that would have come from the long straddles.  Because of the way the trades are designed to interact, the below information and summaries should not be taken as the gospel.  But it is our hope that the information can be used to improve trade weighting and structure overall.


In 2018, Steady Options had 161 different trades, broken down as follows:

With the basic information of each type of trade, we find the following:

A quick look shows us, not surprisingly, that Steady Options core trade of hedged straddles is easily the most reliable and lowest risk but also contains the lowest average return. Also, it has the smallest maximum loss for any of the regular trades which only goes to prove that, even in options, there’s no such thing as a free lunch.  Higher returns come with higher risk.

The highest returns came with Steady Options’ butterfly and iron condor trades. Members who has been trading these for a while, particularly the TLT butterfly or SPX butterfly, probably count such trades as key pieces of their strategies.  The trades regularly generate returns of more than twenty percent.  However, unlike the hedged straddles, if things move adversely against you, close to complete losses are possible.  The TLT butterfly’s largest loss last year was over eight percent and the SPX butterfly’s largest loss was over sixty-five percent.  Which is why Steady Options emphasizes position sizing.

One of the most difficult things to do in active trading, and in particular options trading, is sticking to a plan and not creating larger positions than dictated by one’s trading plan.  Steady Options uses a maximum position size of ten percent.  Even that must be done cautiously if similar positions are on at the same time.  For instance, if a member had on a full RUT condor and SPX butterfly, and the markets move significantly, it is likely that they both will be damaged.  Since the butterfly/condor trades have a higher chance of higher losses, exposure is closer to twenty percent than ten percent.  I personally avoid having both similar RUT and SPX positions on at the same time.  TLT has a lower correlation than RUT and SPX, which makes having it on, at the same time as the SPX and RUT, less of an issue.

Similarly, if a member was trying to decide between an unhedged straddle and a calendar position, the unhedged straddle is likely the better candidate, as it has a similar return profile (8.33% vs 9.62%), but lower risk with lower maximum drawdowns.

Pulling up the rear are the volatility trades, which are easily the worst performing portion of the Steady Options library of trades.  In fact, it is likely that I will not trade any of these moving forward as stand-alone trades.  However, one of the great values of a volatility trade is using it to hedge straddle, butterfly and condor positions.  I would still use it for this purpose.  Given the Steady Options trades are typically examined by how they work together, viewing volatility trades on their own is a bit unfair.  For example, if I had on five hedged straddles, I would be fairly inclined to put on a volatility trade if it setup correctly.

In looking at this data and in trying to construct how to select what trades to do when, it appears that Steady Options does a pretty good job of blending the trades.  The Hedged Straddles should be the most heavily weighted (they are).  Moving forward, we may want to slightly increase the number of butterfly/condor trades and slightly reduce the number of calendar trades.  Doing so should increase risk adjusted returns by a small bit.

Sometimes potential trades exist which could be setup as either a calendar or unhedged straddle.  These numbers tell us, everything else being equal, the unhedged straddle is likely the better trade from a risk adjusted standpoint.  However, don’t take this as an absolute rule.  For example, all of the AAPL calendars were successful trades, while the NFLX calendars were more volatile.  Always dive further into the data and how individual instruments perform.

Data like this can be dangerous if it is taken in isolation.  Always keep in mind how trades interplay with each other, look further into how individual stocks play in different types of trades, and consider this data.  This is merely another tool to use in creating a better risk adjusted trading plan.

Our contributor @Yowster does performance analysis by trade type every year. Here are the highlights from his 2018 analysis:

2018 was unlike prior years for significant chunks of time.   Prior years had low volatility and any VIX spike above 20 quickly reverted back down.  2018 had VIX near 20 for about 5 months of the year (7 months were much like prior years).   Despite the increase in volatility, 78% of all SO trades were winners with an average gain of 7.07%.

SO is a great community, where members share ideas that benefit all of us and we all continue to learn more and more. Looking forward to continued success in 2019.

Christopher B. Welsh is a SteadyOptions contributor. He is a licensed investment advisor in the State of Texas and is the president of a small investment firm, Lorintine Capital, LP which is a general partner of two separate private funds. He offers investment advice to his clients, both in the law practice and outside of it. Chris is an active litigator and assists his clients with all aspects of their business, from start-up through closing. Chris is managing the Anchor Trades portfolio.