ExxonMobil is one of the largest oil & gas corporations in the world, with operations in dozens of countries and more than 70,000 employees. Its roots can be traced back to John D. Rockefeller and currently the company’s CEO is Darren Woods.

By Q3 2019, the company’s liquids production reached 2,392 kbd, which represents a 4.6% increase compared to the same quarter last year. On the other hand, its refining throughput decreased by 7.7% during Q3 2019, also compared to last year.

The company reported a total of $65,049 million in revenues during Q3 2019, which represents a 14.5% decline compared to Q3 2018. This decline was attributed to declining oil prices and realization.

ExxonMobil’s net income fell from $6,240 billion, ending at $3,170 billion at the end of this last quarter, which represents a 49.2% decline compared to the same period last year. Its Diluted Earnings per Share (EPS) were $0.75 for this last quarter. 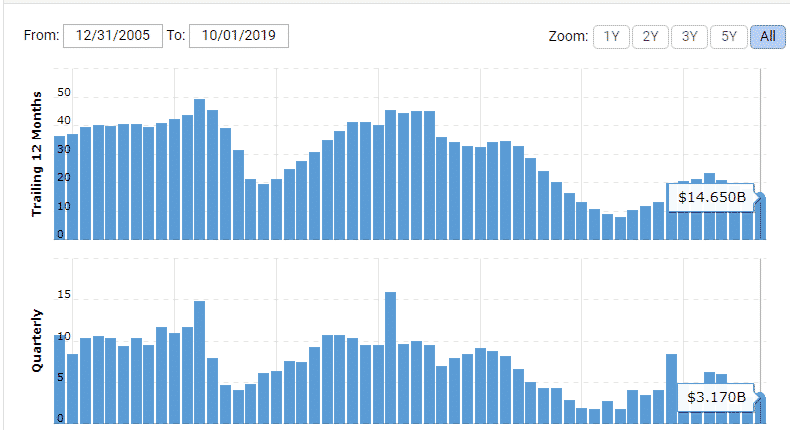 Most of this decline in earnings was influenced by weaker results in upstream results both in the U.S. and overseas, and due to a reduction in the company’s earnings from its chemical operations in the United States. Additionally, the company attributed some of this performance to a significant number of scheduled maintenances that occurred during Q3 2019.

The company expects that scheduled maintenances will continue to affect its operating expenses during Q4 2019, even though some of this impact may be offset by higher seasonal demand of natural gas from European countries. On the other hand, the chemical business unit may continue to underperform as the company continues to expect low margins due to supply length.

While the stock price has gone effectively nowhere for 5 years, the dividend has continued to increase and the stock is now yielding around 5%. It is also one of the Dogs of the Dow for 2019.

I think XOM is too big to languish like this and we could see a turnaround in the next few years. 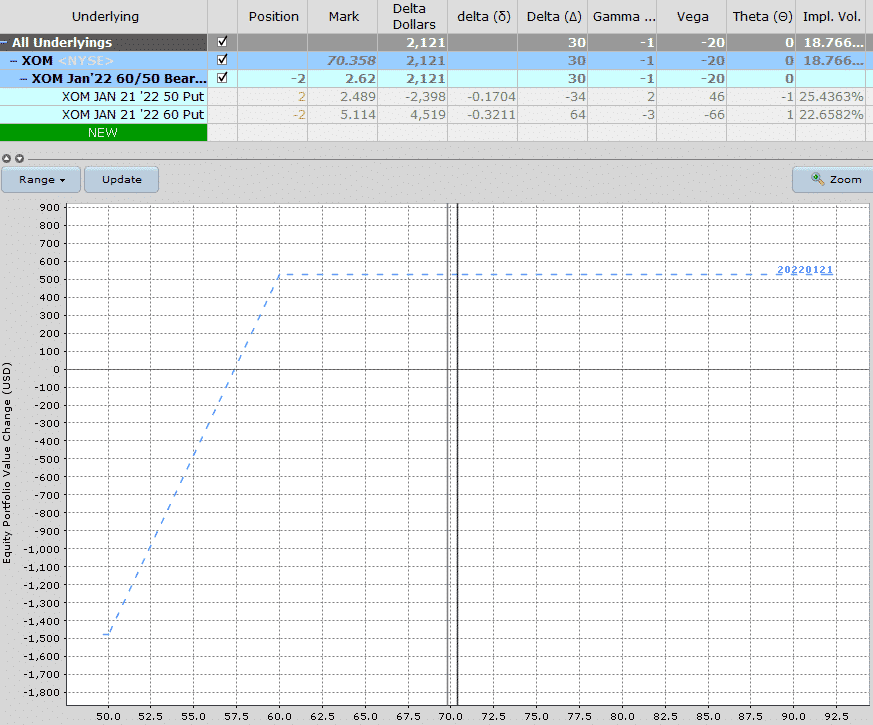 While it’s a long-time to wait to achieve the full return, there is a nice margin for error and a decent return on capital.

The return on capital is 37% which works out at around 18% annualized.

I like my chances of XOM being above $60 in two years’ time, but let’s see how it works out.