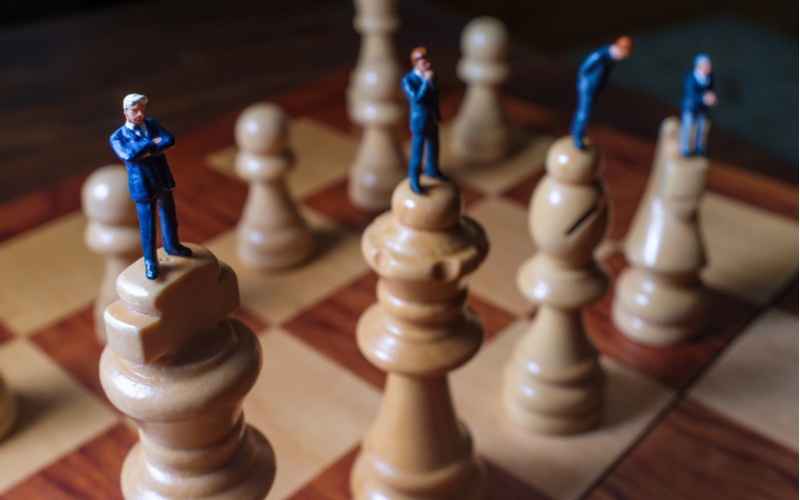 You may be familiar with IVR and IVP, as they’ve become relatively commonplace since we started offering them, but let us review them nonetheless. IVR is the Implied Volatility Rank. It uses the IV over the past year as a baseline from which it ranks the current IV. Sound complicated? It isn’t—let’s illustrate this with an example:


Assuming volatility hit its high at 135 and its low at 33, and the current volatility is 76, we do the following calculation:


In the above example, the IVR is just below the middle of its 52 week range. Since regression to the mean is the fundamental concept, the first task is to estimate the mean.  Volatility charts are useful to help determine an estimate for the mean considering it can change dramatically after events such as an announced take over or FDA announcement creating a new “relevant range.”


To highlight the difference between these two measures, while the IVR may only be 40%, thus suggesting the current IV is in the lower part of its range, the IVP may be 90, suggesting that 90% of the time, the IV was lower. Here, the IVR indicates that the current IV is relatively low compared to its high, and options could be considered relatively inexpensive. Yet, considering an IVP of 90, we knowthe high IV was an outlier, and most of the time, the IV was lower than the current level, signaling that options are actually relatively expensive. Using only IVP helps resolve this issue, but IVR can still show exactly the current position in the range.


High implied volatility relative to the past implied volatility, usually found before events such as earnings reports or FDA announcements, indicates increased options prices in expectation of a large move in the underlying.  While the actual move may not be as severe as suggested by the implied volatility, on occasion it may be even greater resulting in what could be a substantial loss for an option position that is short on one side.  One way to mitigate this risk is to be short both sides by using an Iron Condor or perhaps an Iron Butterfly.  Another alternative is to go with the flow and accept the possibility that the underlying could move even more than suggested by the implied volatility.  Calendar spreads, short the near-term option while long the deferred, may also be considered, but with short gamma, or rate of change of delta, a large move in the underlying will results in a loss.

Let’s look at an example: 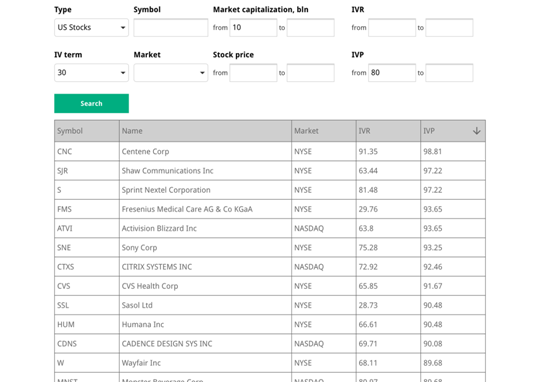 In this example the minimum Market Cap was set at of $10B. This may not be necessary since the Advanced Ranker filters out any symbols with inconclusive or difficult to calculate IV data. Next for IVP the minimum was set at 80 and sorted by descending IVP. Typically, a high IVP suggests an increased the risk of a large move in the underlying.  In the top category are CNC, STR, S, etc. A quick google search reveals these companies are planning earnings reports in the next few weeks. The high IVP’s are earnings report related and since they will not report for a few weeks the IVP could increase even more. In fact, the first 8 results are planning to release earnings in the next few weeks (who doesn’t love earnings seasons).


When looking for trade ideas, the Advanced Ranker will produce a treasure chest full of ideas. In a probability-based environment, getting on the right side of the odds will enhance the bottom line.

All SteadyOptions subscriptions include FREE access to IVolatility Tools ($468/year value). The same set of tools is also available as a Standalone Subscription for non members.